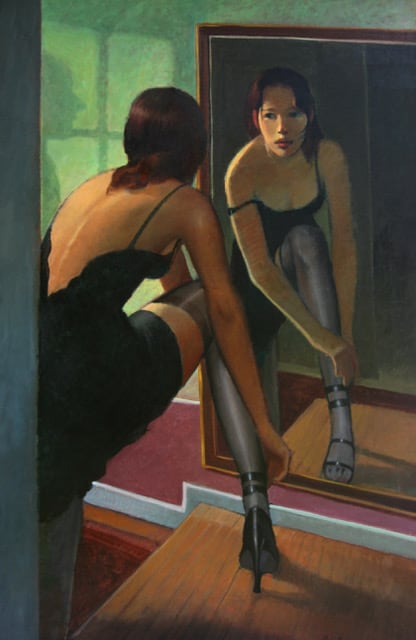 The Bill Brauer Retrospective celebrates the career of this nationally recognized Vermont artist with an exhibition of drawing, paintings and etchings not publicly shown before.

A native New Yorker, Bill Brauer has lived and worked in Vermont for the past 40 years.  Known for his sensual oil paintings, he started his career in 1964 as a printmaker in NYC, after a successful stint as an illustrator and art director.  He is a graduate of New York’s School of Visual Arts and a protégé of surrealist Federico Castellon.  Brauer received an individual grant from The Vermont Arts Council in 1976 and it was shortly thereafter that he switched his focus from printmaking to painting and he has been working with a brush ever since.

Brauer’s painting has gone through many changes over the years.  Always figurative, always evocative and frequently sensual, he strove to be a Renaissance painter while employing contemporary design and color concepts.