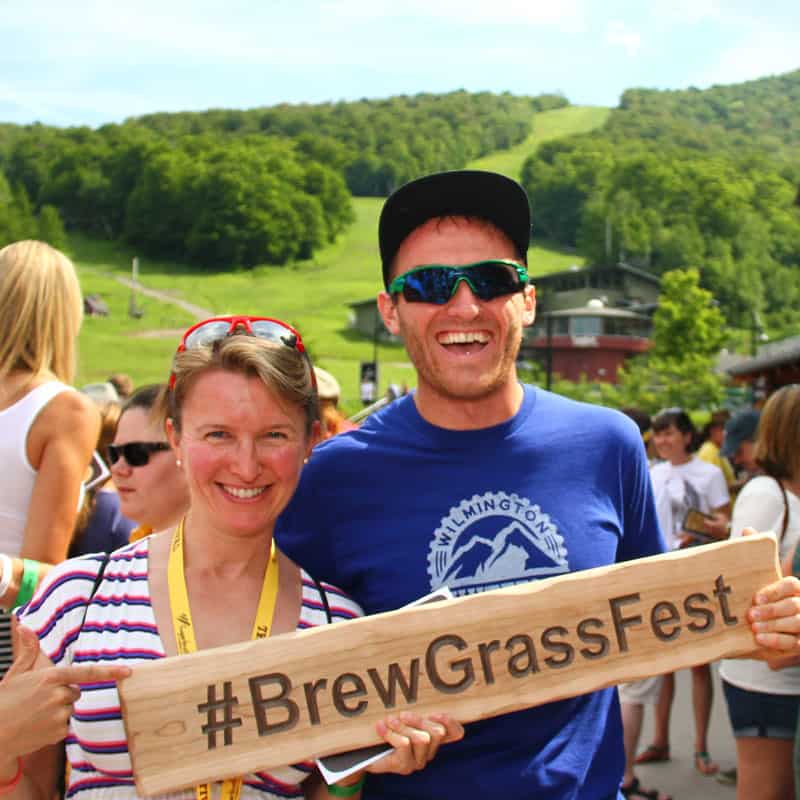 Tickets will go on sale beginning in March.

Get an idea of what Brew-Grass Fest 2017 was all about:

Advance purchase only. All sales are final. No refunds.

Friday Kick-Off Party
: Start the weekend off right with a killer party in the Lincoln Peak Courtyard and Castlerock Pub. There will be two special casks from Lawson’s Finest Liquids that will be unique to the Kick-Off Party and may never exist again. Also enjoy live music from The Grift, a friendly cornhole tournament, fresh pizza and more. This party is one not to be missed, and starts at 5 PM. The Grift begins playing at 7 PM.

Lodging Package:
Stay one or two nights at the Clay Brook Hotel.

VT Bluegrass Pioneers
<!– The VT Bluegrass Pioneers is an exciting new band that unites the talents of three of Vermont's veteran and best-known bluegrass musicians: brothers "Banjo" Dan and Willy Lander previously of Banjo Dan & the Midnite Ployboys, and Danny Coane of the Starline Rhythm Boys. Sam Blagden will join them on bass for their Brew-Grass Festival performance.

Firkin Friday
<!–Join us Friday for the Brew-Grass Fest weekend kickoff party in Castlerock Pub as we celebrate with a freshly-tapped firkin (cask-conditioned beer), raw bar, and live music from the David Keller Blues Band.

Post-Brew-Grass Golf Scramble
Follow up a day at Brew-Grass Festival with a 9-hole tournament at the Sugarbush Golf Course. <!–Enjoy an expanded selection of 16 oz Vermont Craft Beers at Hogan's Pub and compete to win prizing from Long Trail, Harpoon, and Otter Creek for top teams, closest to the pin, and longest drive.
LEARN MORE

Rock the Bush Tour
Keep the party going at The Reks.<!– for the 2nd Annual Rock the Bush. Returning to The Sugarbush Village for an evening of old school hip hop is the legend DJ Marley Marl.
A
ccompanying him on this years event is
J
uice
C
rew member and battle rap legend Craig G.