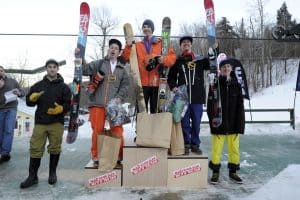 Mad River Glen, the birthplace of New England’s big mountain ski competition will be hosting the Eastern IFSA National Championship. Come test your mettle on the east coast’s most challenging terrain. This IFSA sanctioned event is open to all ages and is part of The Ski The East Freeride Tour! The comp is named in honor of Flyin’ Ryan Hawks and is a fundraiser for the Flyin’ Ryan Foundation.
Photo by Jeb Wallace-Brodeur