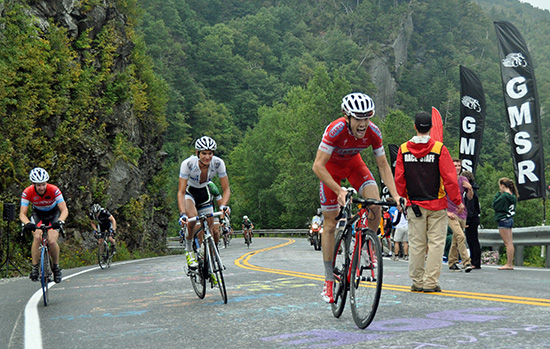 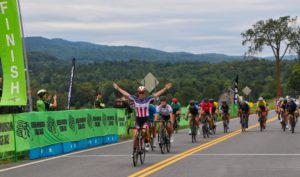 The Green Mountain Stage Race attracts racers and fans from around North America, and Europe and is one of the largest stage races in North America. It’s a 4-day road bicycle event in its 22nd year.  It features 4 stages:

Stage 1 is an individual time trial
Starts in Warren Village on Flat Iron Road and ends at the East Warren and Common Road intersection. 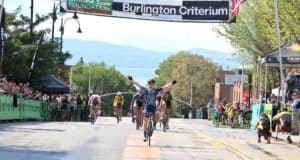 Stage 3 is a road race taking racers over the Middlebury Gap and finishing at the summit of the Appalachian Gap, Vermont’s highest 4-season road. It starts at Mt. Ellen (make mention that Rt. 17 is closed for 3 hours to vehicles during the event)

Stage 4 is the Burlington Criterium with a thrilling 6-turn course in downtown Burlington. It starts on Main Street in Front of the Flynn and races over a 1K loop including Church Street. Racers compete in 25K to 50K races.