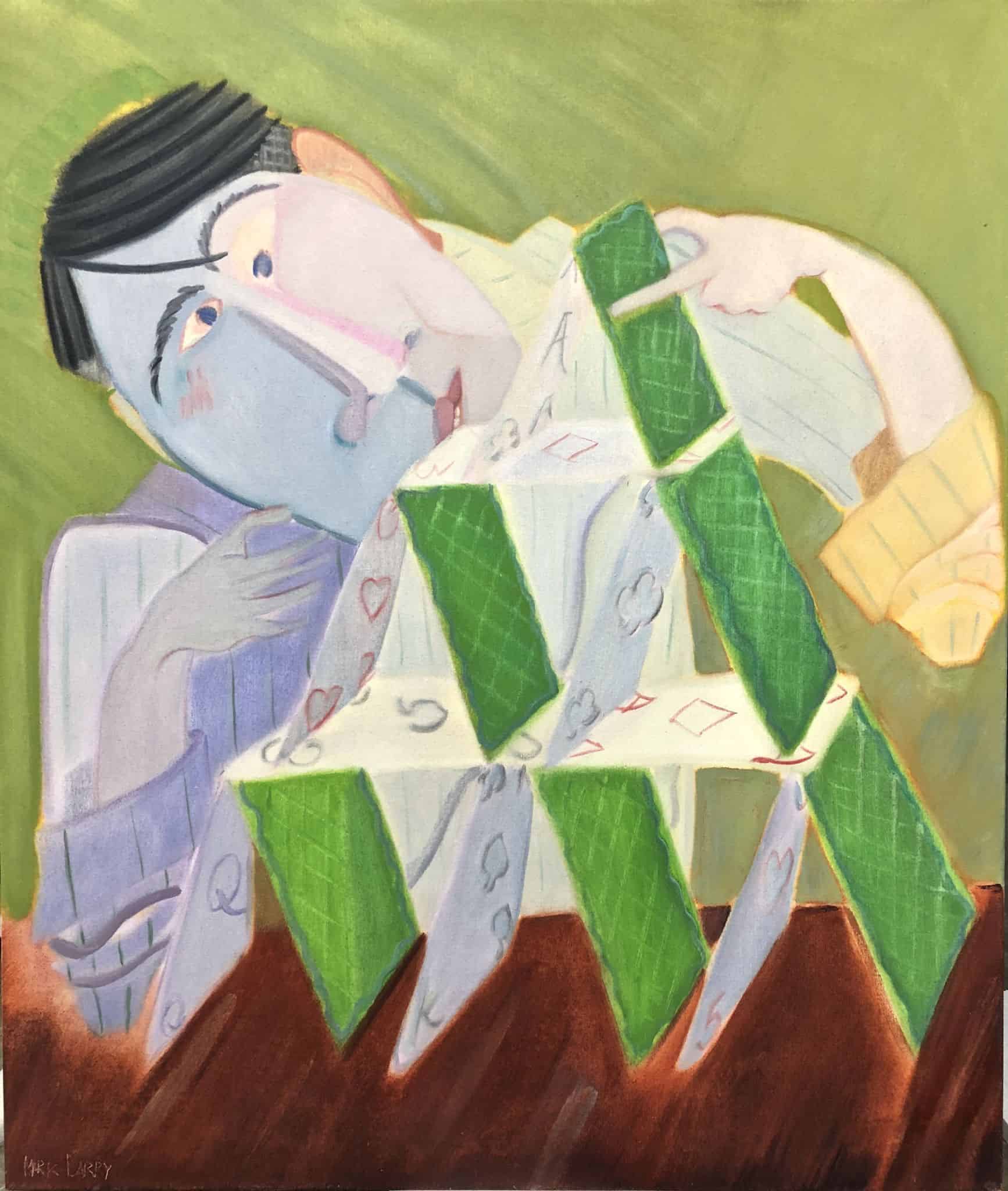 Deborah Brown’s paintings focus on a lone female character, fearlessly nude, striding through a variety of natural settings, posing the questions: Do we understand the female as source of power? ..or do we reject female strength at face value? The figures are both recognizable and utterly strange.

Mark Barry’s work reveals the human nature that is revealed in a flash, a glance, a second in time; moments that are not often recorded but when captured in paint on canvas provide poignant recognition of  the humor, warmth, and universality of everyday experience.

The Bundy Modern, a Bauhaus modern architectural gem in the woods, is located at 361 Bundy Rd, Waitsfield, just 2 miles south of town off Route 100. The building is spectacular in true modern style with all structural elements visible:  walls of glass, brick parapets, massive wooden beams and Vermont slate floors. The renovation has resulted in a versatile space that will carry the building and its history forward in to its next half century.