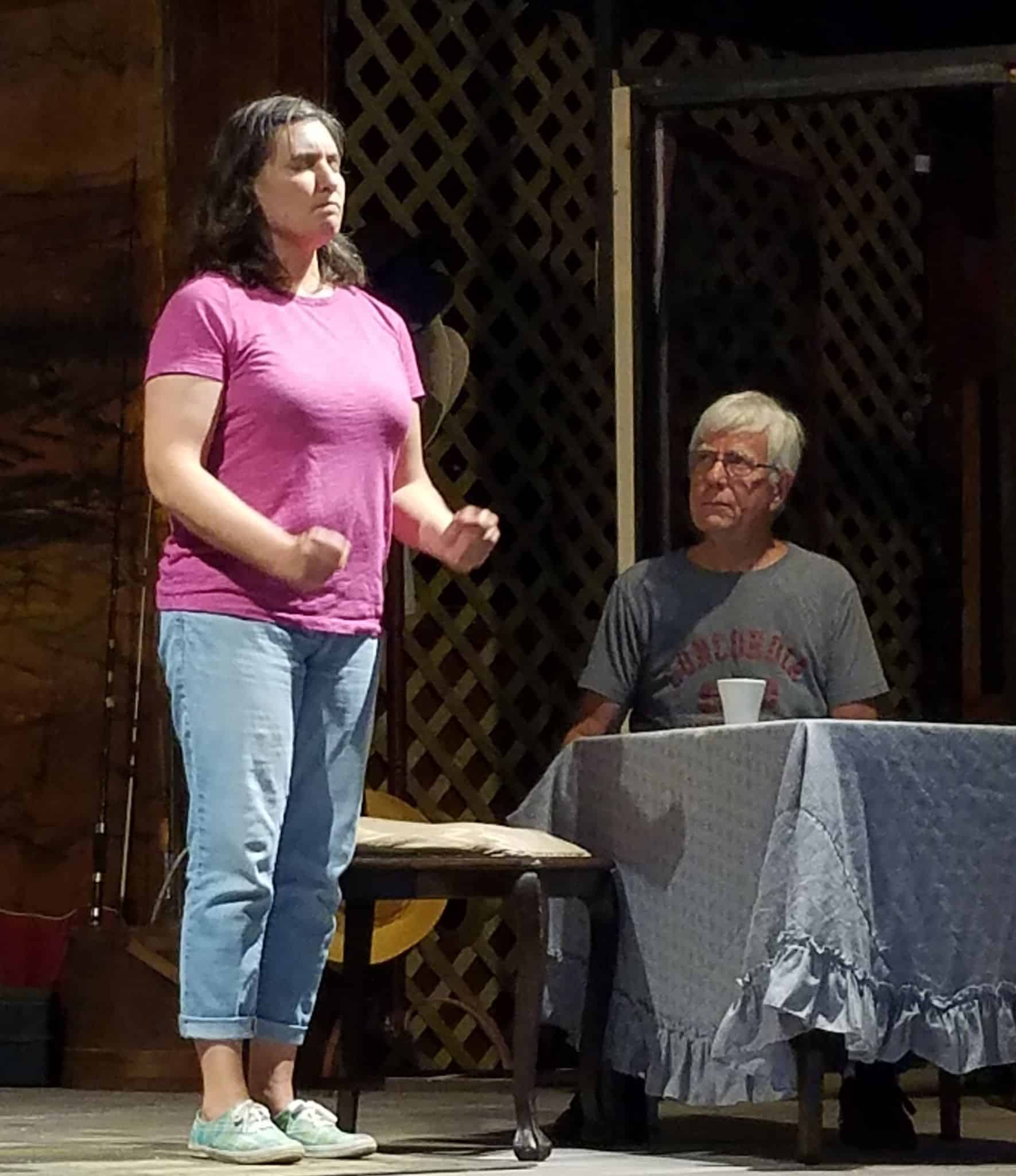 Originally produced in by the Valley Players in 1982, On Golden Pond tells the love story of Ethel (Donna Carron Cristen, Waitsfield) and Norman (J. Louis Reid, Milton) Thayer, who are returning to their summer home on Golden Pond for the forty-eighth year. They are visited by their divorced, middle-aged daughter, Chelsea (Mikki Nucci, Waitsfield) and her dentist fiancé (Paul Cavaliere, Montpelier), who then go off to Europe, leaving his teenage son (Robert Nucci, Waitsfield) behind for the summer. The boy quickly becomes the “grandchild” the elderly couple have longed for, and as Norman revels in taking his ward fishing and thrusting good books at him, he also learns some lessons about modern teenage awareness—and slang—in return. The cast also includes Brent Adams (Warren) as Charlie Martin, the local delivery-by-boat mailman. Joanne Puente is the Stage Manager.

Performances take place Fridays and Saturdays at 7:30pm, and Sundays at 2 pm, August 2-18.