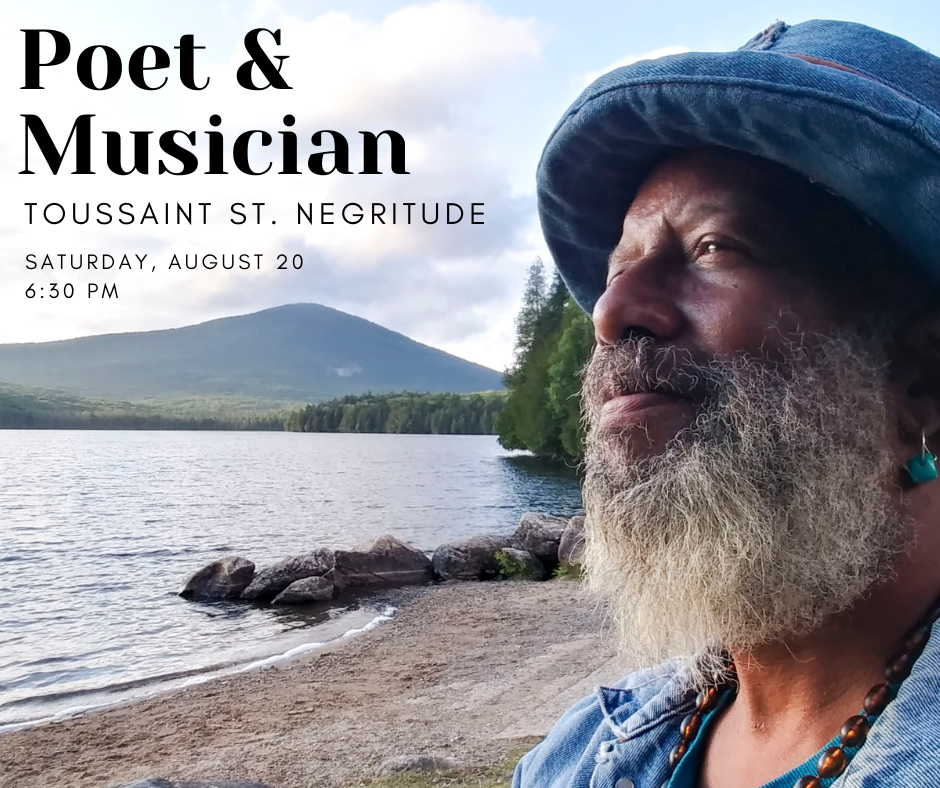 Hear Toussaint St. Negritude reflect the artshow “Courage, Justice and Hope: The Inclusive Paintings of Janet McKenzie” through improvisational performance of his poetry and music. Former Poet Laureate of Belfast, Maine, poet, bass clarinetist, and composer Toussaint St. Negritude conjures whole liberations in full tempo. US Poet Laureate Gwendolyn Brooks Hear described his work as “full of sweet sounds and surprises.” Originally from San Francisco, Toussaint has lived and broadly thrived across the African Diaspora, from the sacred mountains of Haiti to the Coltrane District of North Philadelphia. He, along with bassist Gahlord Dewald, is the leader of the band Jaguar Stereo!,  a free-form ensemble of his own poetry and improvisational jazz, and his works have been widely published and recorded for over 40 years. On an alpine sanctuary facing east, Toussaint St. Negritude continues to thrive in the farthest elevations of Vermont’s Northeast Kingdom.